Meeting Time is every Monday

Rays of Love is an ongoing support group that meets twice a month for those living with chronic illness and pain. A Course In Miracles informs our shared belief that all disharmony originates and is alleviated in the mind. We support each other in expressing our feelings so that they aren’t repressed and take responsibility for whatever is occurring because we know it is meant for our growth. The last part of our meeting is spent taking turns receiving the full attention and love of the group upon our prayer request, as we do in the Infinity Circles offered in the alternate weeks. We know that Love is the healer and are open to receive miracles! 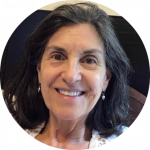 Laurel began her spiritual journey over fifty years ago in an attempt to alleviate her emotional suffering, which she hadn’t realized until decades later was a lifelong depression. She hid her shame,self hatred and eventual eating disorder from the world and appeared to be doing well. At 22 she contacted hepatitis that resulted in a hospitalization where she heard Jesus speak to her from the wall behind her bed, suggesting she consider becoming an RN. Thankfully she listened but upon graduating from nursing school and trying to get her credentials approved in Edinburgh, Scotland, she became so despondent that she nearly killed herself. Her sister and cousin miraculously decided to come visit her and subsequently saved her life.

Moving to Colorado she began working with dementia patients in nursing homes and became one of the first Hospice nurses in the U.S. Her experiences with dying patients and their families opened up a fascination with the emotional and spiritual dimensions of illness as well as a curiosity about life after death.

After a brief marriage and becoming a single mother, she trained with a spiritual and energy healer for three years and became the first practitioner of The Transformational Healing Institute. She had a spiritual counseling practice for 25 years along with working in the hospital as a psychiatric nurse and educator as well as a patient advocate. Continuing to have episodes of severe depression she also developed numerous autoimmune conditions, triple negative breast cancer and multiple brain injuries that resulted in chronic fatigue, pain, the tendency to become easily overwhelmed, and a loss in her once clear ability to hear Spirit’s guidance. Eventually her symptoms made working impossible and she became officially disabled.

The fatigue worsened every year so that she eventually lost her independence and required caregivers in her home. In bed for ten years she realized the need for a loving support group for those who were trying to get well but weren’t seeing improvement. When Spirit finally led her to Jennifer, Laurel was able to apply the principles she was taught and saw positive change in her health for the first time in 20 years! She has proven to herself that prayer and the power of love can be fertile ground for miracles.